Human trafficking is a hot button topic in today’s world and with the use of technology and the internet, exploitation of children and others is at an all-time high. I had a conversation with a love one not too long ago about trafficking and their idea of human trafficking is the act of kidnapping kids and selling them overseas to the highest bidder. This is a common thought of many; however, it is not the most common way children are used and exploited. Sex trafficking is not just an overseas issue it’s happening right in our neighborhoods and cities.

Children are being exploited by pimps, parents, caregivers, boyfriends and girlfriends. Predators chose children because they are seen as easy targets due to their vulnerability. Many come from homes of neglect and may be runaways or considered throwaways. Being in the foster care system significantly increases the risk of sexual exploitation.

The average age of victims sold for sex is approximately 12-14 years old. Reports are demonstrating that children ages 10-11 are increasingly becoming targets for traffickers.

So let’s discuss the meaning of sex trafficking.

Child sex trafficking and exploitation is defined by the US Department of Justice as the recruitment, harboring, transportation, provision, obtaining, patronizing, or soliciting of a minor for the purpose of a commercial sex act.

The offenders manipulate and coerced a child in order to have them engage in sexual acts or have sexual acts performed on them in exchange for something the child desires such as love, affection, food, clothes, friendship or a place to sleep. Pimps and traffickers are known to visit sites where vulnerable child reside such as, group homes, homeless teens, shelters,

After developing trust in the relationship shortly afterward an offender engages the child into prostitution using rape, physical violence, emotional abuse and torture to ensure the child does not stray away from their intended purposes. Often these children are isolated from families and others as the abuser moves often or changes their physical appearance so that they are not recognized by those they know. Kids are often given a false sense of security when dealing with pimps, traffickers and other predators and are conditioned to remain loyal to the abuser by distrusting law enforcement or anyone else looking to interfere with their lives.

Now with the advancement in technology and the Internet, children are exploited through websites and social media advertising. The internet provides a way to remain anonymous and also gives the abuser the opportunity to reach a greater audience and clientele. People can easily use the websites and social media to easily choose a child for which they want to have a sexual encounter with and pay with the click of a button with little chances of being caught. This increases the child’s risk of being exposed to many individuals and increases the risk of harm.

Your Child, Safe From Secrets: How to Protect Kids from Sexual Abuse and Manage the Aftermath 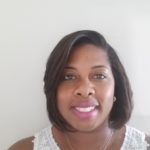